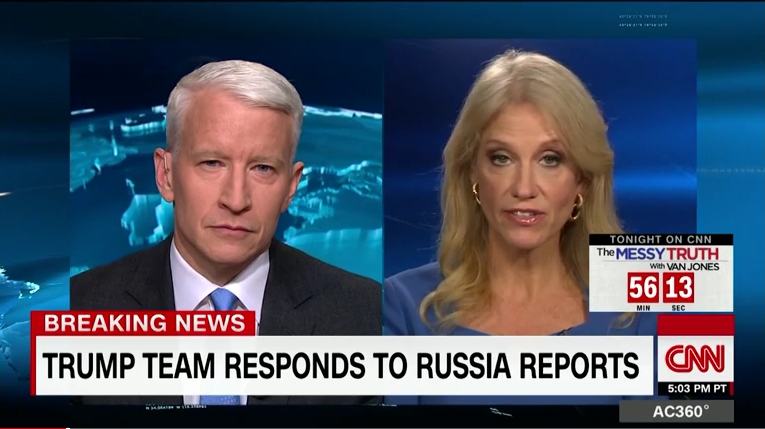 One of the biggest issues that led to PEOTUS Trump was the lack of journalistic follow-through. While many of the initial questions were sharp and direct, there was a distinct lack of follow-up questions, requests to elaborate, and allowing pivots to other subjects without bringing the Trump team back center. There was a “throw your hands up” mentality among the press that often believed they were not going to get a straight answer, so why try. This lack of drilling allowed the era of “fake news” to take hold because no one was held to task and asked to prove their assertions. It was left up to the pundits to feed the “facts” to the public, based on the public’s choice sources, which often meant social media. Yes, there were those who asked tough questions, but they never pushed the Trump team into a corner and forced an answer. There was no Dan Rather vs. George H.W. Bush showdown. While Trump derides the media as confrontational and conspiring to keep him from office, the blame for his eventual victory falls squarely on the shoulders of the journalists who covered him. They not only served as his personal communications department, they failed to hold him to facts and press, and press, and press again, until the reached the truth.

This is not the case here. Anderson Cooper gives, for perhaps the first time since Trump began his campaign, a thorough and unwavering grilling of Trump’s chief spokesperson and former campaign manager, Kellyanne Conway. He is relentless in his pursuit of the answers to his questions and does not allow pivoting, or diversion tactics. This is how journalism is done. This is how reporters should hold politicians and their teams to the truth. This how all media outlets should treat this administration and all others until they either give true facts, or show the fraudulence in their answers. This is how journalists and reporters should treat all people in power who refuse to tell the truth and attempt to obfuscate the facts. It does not serve the media, the governments, and most of all the public, to allow misrepresentation of truth and accept rhetoric as an gospel. It is uncomfortable and often detrimental to a reporters career to confront untruths and blurred facts. However, it is the bedrock of good and honest journalism to uncover and report these things, without spin, without fluff, and without opinion. Anderson Cooper does that here with great skill and should be held as the example and the rule. Hopefully the era of fake news will foster in an a return of objectivity in reporting, but that will require the media and the public to loosen up on their preconceived notions and accept fact over opinion. It’s a long climb back to that cliff that we fell off so long ago, but it is worth the effort to preserve our values, our democracy, and our sanity.