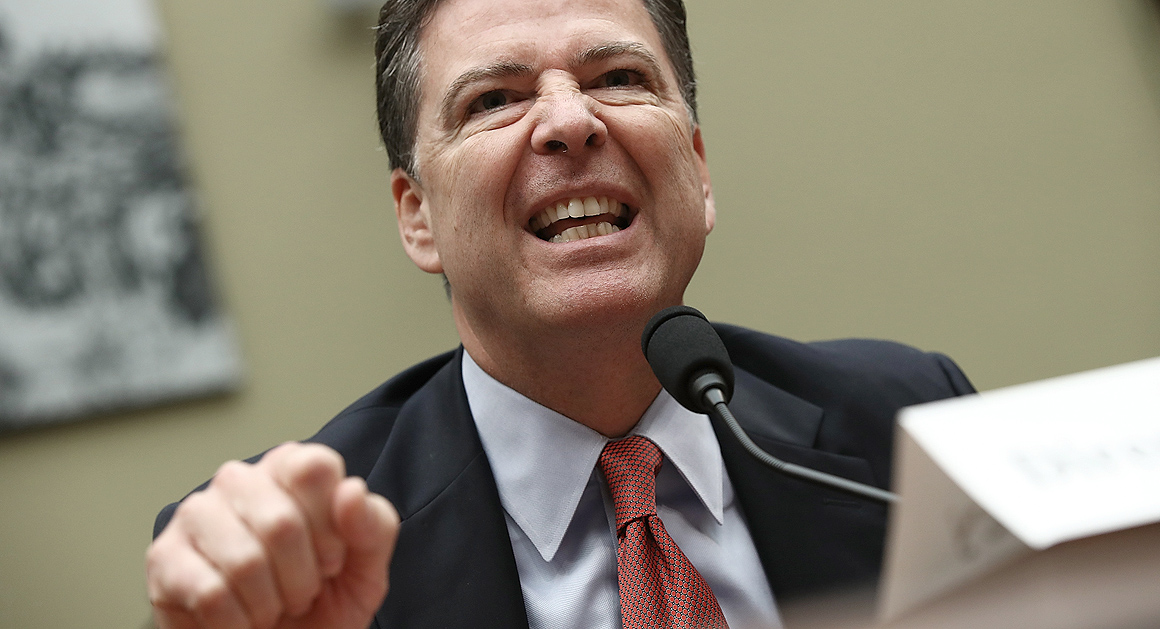 There’s no doubt that there are big problems at the FBI. Hopefully we can get to the bottom of it. Comey’s a really good place to start.

The Justice Department’s inspector general announced Thursday that he would investigate a number of FBI and Justice Department decisions leading up to the 2016 election, most prominently FBI Director James Comey’s announcement of a potential development in the dormant probe into Hillary Clinton’s use of a private email server ten days prior to Election Day.

According to a statement published Thursday, Justice Department inspector general Michael Horowitz would investigate allegations “leading up to or relating to” announcements from FBI Director James Comey on July 5, Oct. 28, and Nov. 6, to determine if “underlying investigative decisions were based on improper considerations, among other things.

The inspector general said he would investigate the release of “certain Freedom of Information Act documents on October 30 and November 1,” likely referring to documents relating to then-President Bill Clinton’s pardon of Marc Rich, a man who had supported what what was then called the William J. Clinton Foundation. The FBI caused a stir when it tweeted out a link to those documents, as well as other previously released documents, including some related to President-elect Donald Trump’s father and retired CIA director David Petraeus.

What all this looks like is the FBI playing games and inserting themselves into elections. That cannot be allowed.

Comey needs to go. I doubt anyone (D or R) trusts him. Hope your reputation was worth it, James.

3 comments on “James Comey’s In The Hot Seat”