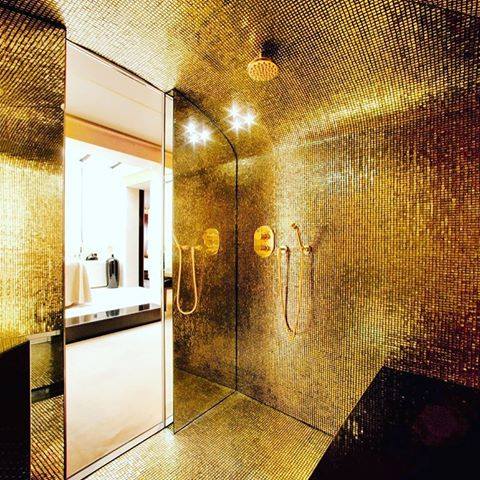 “The allegations were presented in a two-page synopsis that was appended to a report on Russian interference in the 2016 election. The allegations came, in part, from memos compiled by a former British intelligence operative, whose past work US intelligence officials consider credible. The FBI is investigating the credibility and accuracy of these allegations, which are based primarily on information from Russian sources, but has not confirmed many essential details in the memos about Mr. Trump.”

And there’s this: “The two-page document also noted allegations that there was an exchange of information between Trump surrogates and intermediaries for the Russian government during the campaign, two national security officials told CNN.”

BuzzFeed: “The dossier, which is a collection of memos written over a period of months, includes specific, unverified and potentially unverifiable allegations of contact between Trump aides and Russian operatives, and graphic claims of sexual acts documented by the Russians. CNN reported Tuesday that a two-page synopsis of the report was given to President Barack Obama and Trump.”

“Now BuzzFeed News is publishing the full document so that Americans can make up their own minds about allegations about the president-elect that have circulated at the highest levels of the US government.”

Washington Post: “The officials said that U.S. intelligence agencies have not corroborated those allegations, but believed that the sources involved in the reporting were credible enough to warrant inclusion of their claims in the highly classified report on Russian interference in the presidential campaign.”

Sen. John McCain (R-AZ) “passed documents to the FBI director, James Comey, last month alleging secret contacts between the Trump campaign and Moscow and that Russian intelligence had personally compromising material on the president-elect himself,” The Guardian reports.

“The material, which has been seen by the Guardian, is a series of reports on Trump’s relationship with Moscow. They were drawn up by a former western counter-intelligence official, now working as a private consultant.”

Obama's farewell address refused to treat the Trump era as a crisis https://t.co/CilW19RC2G

“Senate Republicans, under increasing pressure to ensure that President-elect Donald Trump’s nominees are fully vetted by federal authorities, have delayed the hearings of four potential cabinet members, three of whom have not been cleared by the agency charged with unraveling potential conflicts of interest,” the New York Times reports.

“As frustrations over confirmations grow, a group that supports Republicans accused the ethics office and its leader — in a highly unusual attack on the nonpartisan agency — of politicizing a process long viewed by both parties as arduous but essential for anyone serving in government.”

Washington Post: “Republican plans to quickly confirm Donald Trump’s Cabinet nominees were upended Tuesday amid Democratic pressure to slow down the schedule as a federal ethics watchdog reviewing the backgrounds of nominees warned it could take months to probe some of the wealthier picks.”

“There are no indications that any of Trump’s Cabinet choices are at risk of being rejected by the Senate — a rare occurrence — and Republican leaders continue to insist that all of Trump’s choices will be confirmed. But the calendar changes followed days of Republican assurances that hearings would commence quickly and simultaneously.”

The Constitution is fragile. Trump proves it. https://t.co/DG9Yiz5SYL

Josh Marshall: “What seems to be the case though – and this I take from a number of sources – is that various details in this [Trump Dossier] document are being taken very seriously by the people who are paid to protect the country from foreign subversion, blackmail, cooptation, etc. That’s worth knowing because there are certain claims in this document that strike me as highly exuberant and highly implausible. The overall tone of the document reads to me like a raw report in which solid information and highly questionable information is all piled in together. I say that not as anyone who has familiarity with intelligence work, simply as a journalist who has many times been shown opposition research, which is actually what this is.”

The Washington Post on the latest poll findings on our horrible President-elect:

And now it’s over.

A new poll from Quinnipiac University suggests that Trump has reverted to his pre-election standing, with Americans having major concerns about his temperament and the direction in which his presidency will lead the country. Trump’s continued controversies seem to have put him right back where he was before he won the election.

Quinnipiac is the first high-quality pollster to poll on Trump twice since the election. And while its poll in late November showed his favorable rating rising from 34 percent to 44 percent, that number has dropped back to 37 percent, which is about where it stood for much of the campaign. That’s tied for Trump’s worst favorable rating in a poll since his election. And a majority — 51 percent — now have an unfavorable view of him.

Meanwhile, as confirmation hearings for Trump’s cabinet nominees begin, 41% say they approve of his cabinet choices and other high-level appointees, while 49% say that they disapprove.

President-elect Donald Trump pressed Republicans to move forward with the immediate repeal of the Affordable Care Act and to replace it very quickly thereafter, saying, “We have to get to business. Obamacare has been a catastrophic event,” the New York Times reports.

“Mr. Trump’s position undercuts Republican leaders who want a quick vote to repeal President Obama’s signature domestic achievement but who also want to wait as long as two to three years to come up with an alternative …. That demand is very likely impossible. Republicans in Congress are nowhere close to agreement on a major health bill that would replace President Obama’s signature domestic achievement.”

Vox: “The GOP’s realistic options are either to delay the entire repeal process until they have a replacement in mind (which could take months) or else they can do repeal next week and leave Americans eager to find out what, if anything, the “terrific” alternative they’ve been promised turns out to amount to. Trump’s alternative idea is totally unworkable.”

James Hohmann notes that every Democratic president since Franklin Roosevelt “has left behind a swath of disillusioned lefties when he left office – only to see his image markedly improve among the base after a Republican subsequently took office.”

Bill Clinton is now remembered fondly by Democrats for presiding over a pre-9/11 period of peace and prosperity, but so many liberals were despondent during his tenure about everything from throwing Zoe Baird under the bus at the beginning to pardoning Marc Rich at the end – as well as shepherding through NAFTA, jacking up mandatory minimums, embracing welfare reform and elevating Dick Morris in between.

Jimmy Carter is remembered now for his post-presidency embrace of humanitarian causes. But he almost got defeated by Ted Kennedy, running at him from the left, in the 1980 Democratic primaries. He never pushed comprehensive health care reform, but he did cut capital gains taxes and deregulate the airline and trucking industries.

Obama was often compared negatively by liberals during the last few years to Lyndon Johnson, a wheeler-dealer who successfully cajoled a Congress dominated by segregationists to pass civil rights and voting rights acts. Most seem to forget that he dropped out of contention for the Democratic nomination in 1968 after liberal opposition, driven mainly by Vietnam, metastasized. He also hardly got anything done in his final two years because of Republican gains in the 1966 midterms.

Harry Truman, now venerated as a liberal fighter who gave ‘em hell, watched as more than a million progressives defected to Henry Wallace in 1948 because they were mad about his record on labor and his failure to expand the New Deal.

That is because liberals, progressives and lefties never know how good they have it until it is gone.

Rick Klein: “Keep an eye on Sen. Cory Booker. Not that he’s making himself easy to ignore, with his decision to break Senate precedent to testify in opposition to his colleague, Sen. Jeff Sessions, in confirmation hearings for attorney general. This is not really about blocking Sessions from joining the Cabinet. (Sen. Susan Collins’ participation in favor of Sessions sends a more important signal, about the minimal chance of GOP defections.) For Booker, this is more about early markers for a Democratic Party looking for new leaders. The Justice Department will be at the forefront of critical issues regarding race, law enforcement, criminal-justice reform, and drug policy – issues where President Obama’s legacy is acutely in the balance. Who will be seen standing up for those values in a dark season for Democrats? It might not be too hard to imagine actions taken this week being filtered onto a Democratic debate stage in 2019.”

Jim Geraghty: “It looks like New Jersey Senator Corey Booker is interested in running for president in 2020. That’s the easiest way to explain a guy whose initial reputation in politics was ‘Mr. Bipartisan’ throwing himself onto the tracks of an oncoming train of an all-but-certain confirmation.”